In An Ancient Bay

The light on the sea in the bay was sharp and intense, and the lips of the waves were backlit and sparkling against the darker sky in the background. I enjoyed studying the bands of light and dark as they created monochrome Rothko seas, large ocean canvases of abstract landscape. After an hour or more of outgoing tide, the waves noticeably reduced in height to the point where perhaps I could have gone in, but with a full CF disc I decided to head for hot coffee back in the gallery instead - wrong decision ? Probably ! :-) 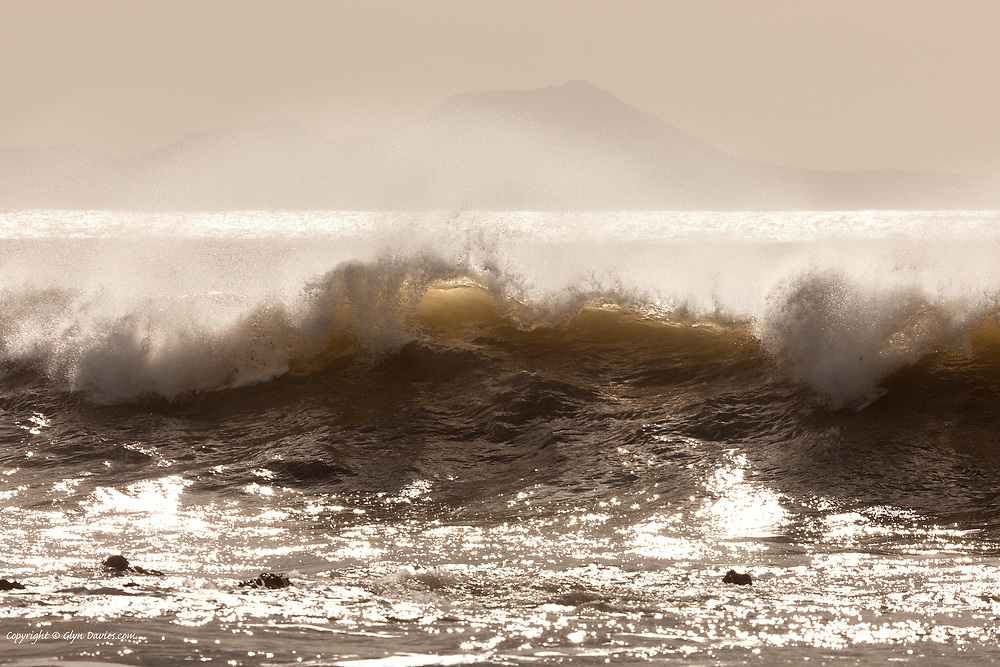