'Ancient Faces Below the Burial Mound'

Storm waves batter the West coast of Anglesey near Cable Bay and Rhosneigr. It is rare for such large waves to hit this coast which did create a spectacle.
The burial mound (looks like a small hill) of Barclodiad y Gawres can be seen in the background

The light on the sea in the bay was sharp and intense, and the lips of the waves were backlit and sparkling against the darker sky in the background. I enjoyed studying the bands of light and dark as they created monochrome Rothko seas, large ocean canvases of abstract landscape. After an hour or 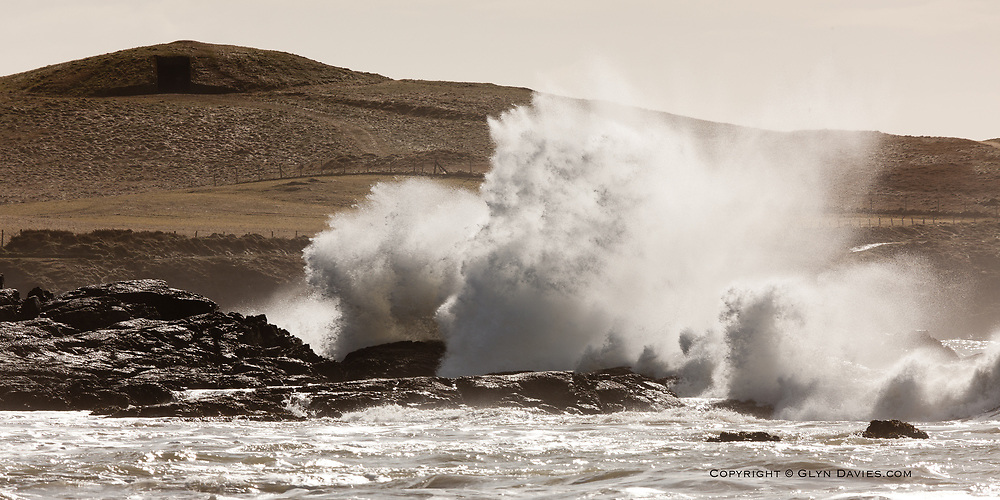