'Crew of the Ghost Ship' Namibia

Of course those moments caught on film, are often rare and once in a lifetime, so it was perhaps no surprise that on my first visit to the incredible and weather-dramatic Skeleton Coast in January, I didn’t see my lion! However, the sheer scale of the coastline, the dense fogs that roll in from above the cold upwellings in the Atlantic Ocean, sometimes reducing visibility to a few feet, was awe-inspiring. Couple this with the numerous shipwrecks that strew this coastline and it really is surreal as well as exciting. Several of the major wrecks are within restricted diamond mining zones but a few are accessible to the visitor, such as this one here. I had to go early morning as crowds normal build up later in the day.
This ship has become a permanent roost for hundreds of cormorants and seabirds. 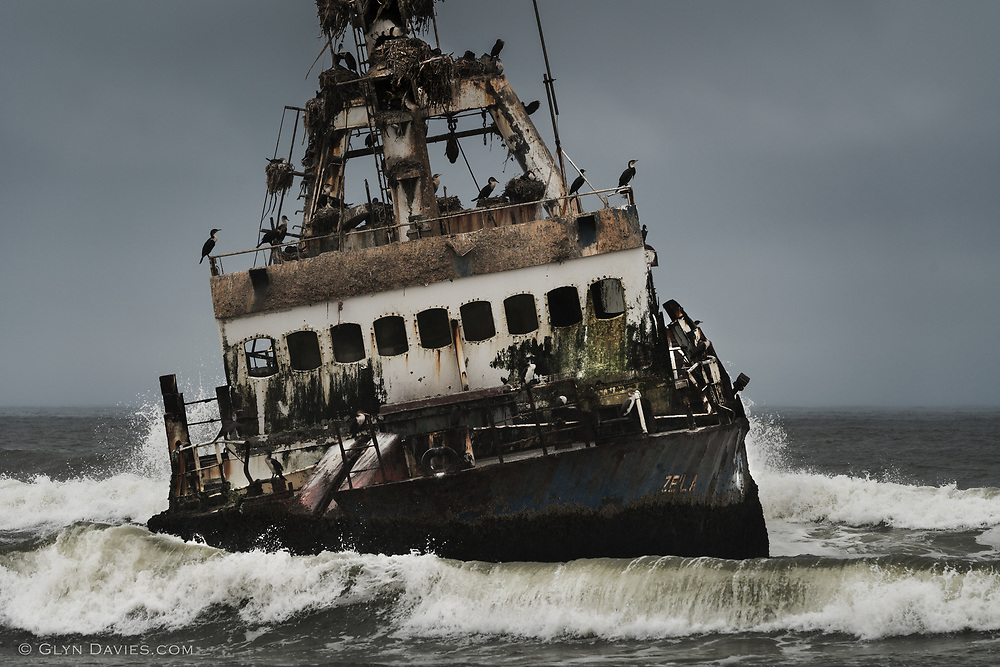