From Wiki: Point Lynas was first lit in 1779 at a site about 300 metres (980 ft) south of the present tower, to provide accommodation for Liverpool pilots making use of the shelter at Porthyrysgaw. The site was abandoned for the present position, so that a light could be positioned on the more important north-eastern position, where a tower is not required, as the light sits 39 metres (128 ft) above mean high water.

The unusual arrangement of having the lantern at ground level with the look-out and telegraph room above is similar to the Great Orme Lighthouse, also built by the Mersey Docks and Harbour Board. The telegraph station was established in 1879, and two new cottages were erected to accommodate extra staff. Point Lynas has now been taken over by Trinity House. 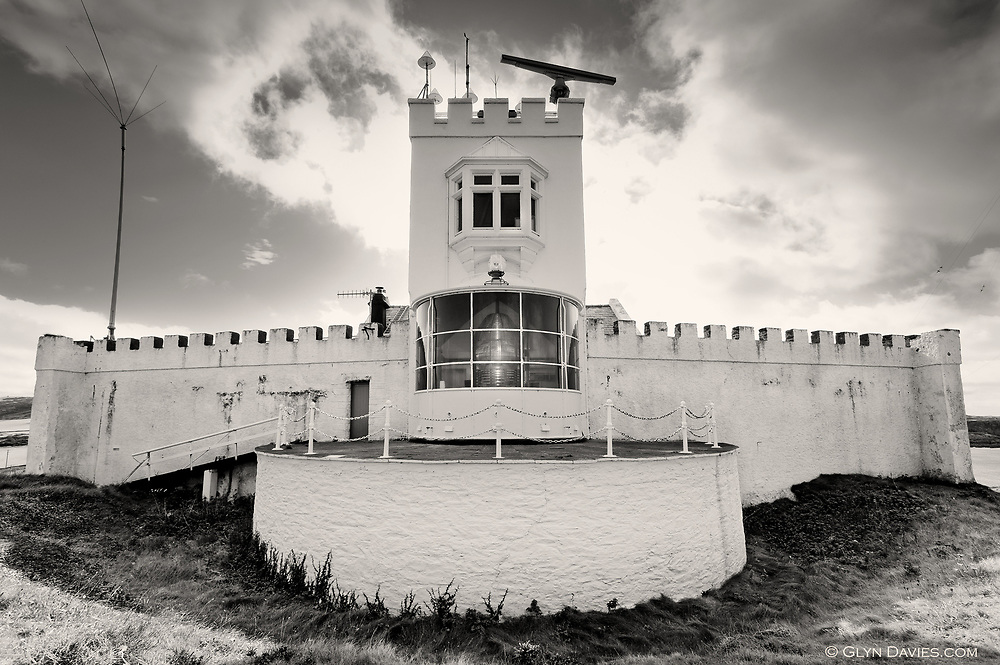