Possibly the strongest winds I’ve ever battled against; so strong that I was knocked sideways twice by gale-force gusts. My face and camera were sandblasted by the stinging particles, and yet, I was equally blown-away and utterly invigorated by the power of it all. The flying sheets of sand were side-lit by blazing sunshine, not long before towering walls of darkness moved in rapidly from the West. I took some other versions of this image where it literally looks I'm walking on clouds of sand, but I wanted to retain the visual of these boulders in the foreground, which became obscured in the other views. 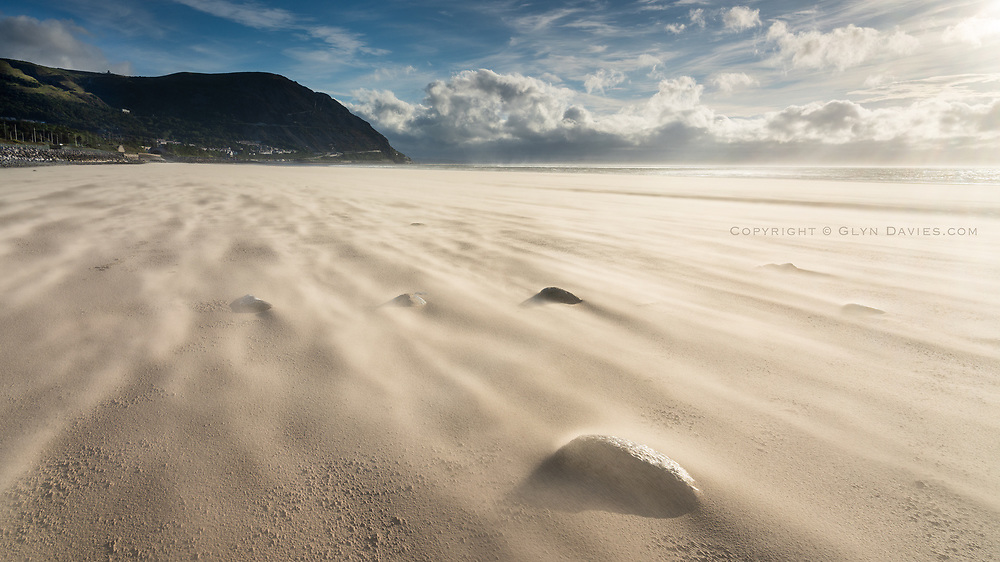